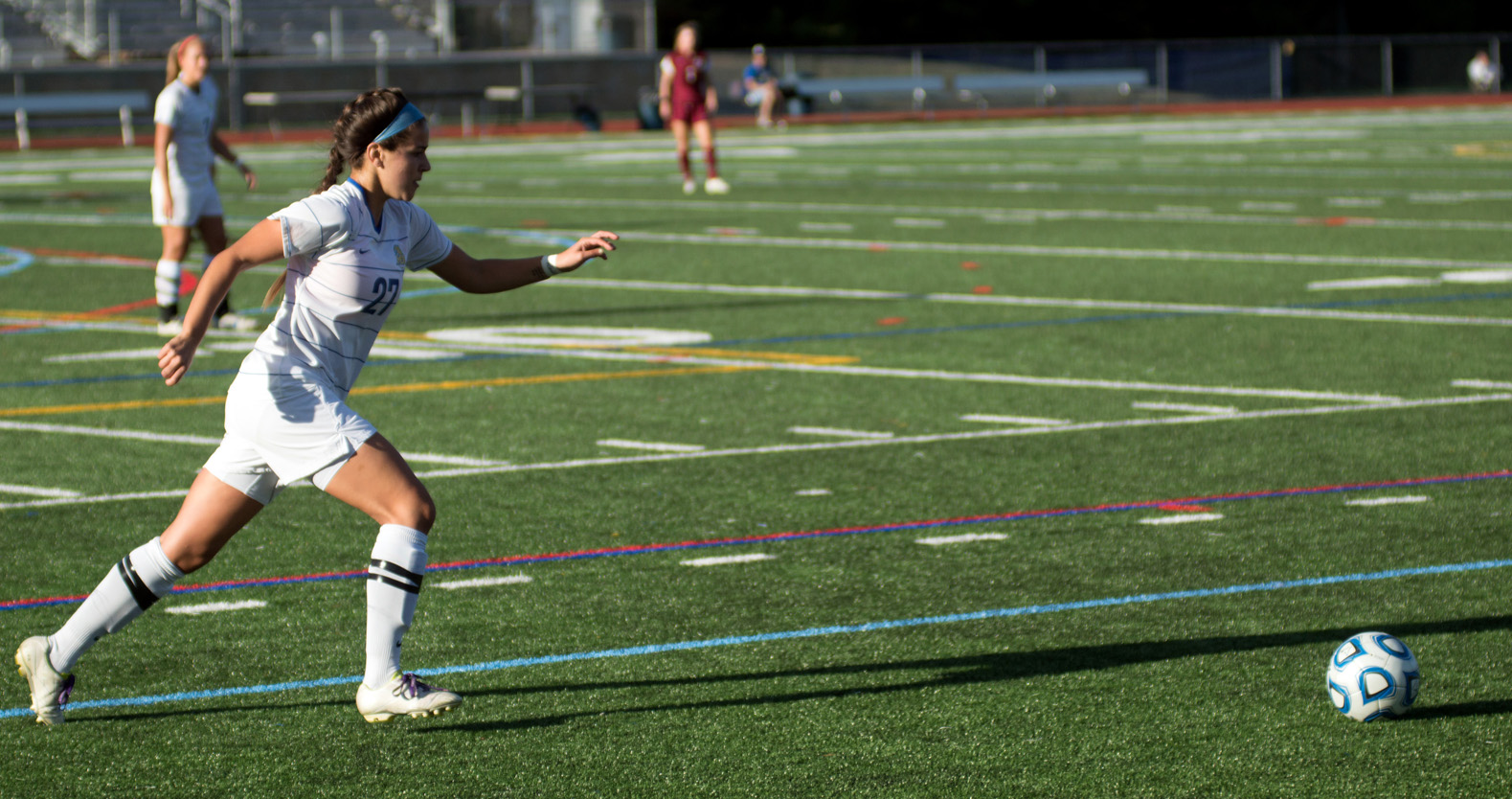 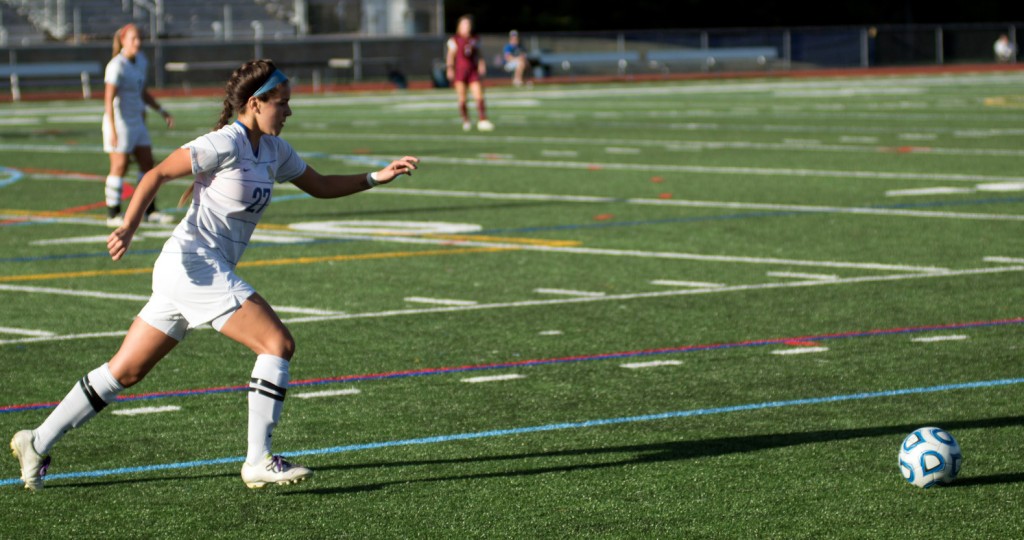 "It's a pleasure to be here with you this afternoon for this opportunity to reflect on football and gender equality. I would like to congratulate UEFA for having organised this first 'Women in Football Leadership Programme'.

"It comes at the right time, when clearly there is a greater focus on gender equality in sport. In a couple of weeks, thanks to the Greek Presidency, the Council of Ministers of the EU will adopt important conclusions on gender equality in sport. In June, at the initiative of the IWG (International Working Group on Women and Sport), a world conference on women and sport will be organised in Helsinki.

"I personally welcome very much this interest, and I consider today's conference as an important contribution since it concerns the most popular sport in the world.

"Europe has made a lot of progress on gender equality over the past decades, even if a lot still remains to be done! Unfortunately many sports have not always moved with this trend and are still today a male dominated sector.

"But it is not just about participation. There are other issues too, such as equal representation in decision-making, coaching and training, the fight against gender violence in sport and against gender stereotypes.

"Therefore, we should face the facts of the situation squarely and take a positive approach to improving things in the future. It depends on us after all…

"I know I am speaking to convinced people… I will not contest that for decades sports like football and others have been seen as unsuitable for girls and women. The truth is that there is no objective reason for this. In my view, the explanation is to be found in cultural norms or in stereotypes, existing both in sport and in society-at-large.

"I noticed that football has now become an increasingly popular sport for young girls and women. This is a very interesting new market for the football sector. I am happy that the stereotype that 'football is not for girls' sent out by clubs, organisations and the media is starting to wither and disappear. Times are indeed changing…

"But in the effort to develop women's football seriously and effectively, to challenge the high drop-out of girls, there is a need to look beyond the numbers and address some of the root causes. In this respect, there is a great need to reach a more balanced representation of women in key positions of coaching and leadership in sport governing bodies, to create a safe environment and above all to change the attitude and culture of management, and that includes also training male executives and managers.

"Football organizations should encourage and facilitate this trend. And there can be no excuse today for excluding women.

"A gender friendly climate should become one of the main features of sport institutions in whatever sport.

"The idea of a monitoring system should maybe be considered, because further progress in gender equality in sport will not come automatically. We could get inspiration from the Commission's challenge to business leaders in Europe to increase women's presence on corporate boards with the 'Women on the board Pledge for Europe'.

"In 2011 the Commission challenged publicly listed companies in Europe to make a voluntary commitment to increase women's presence on corporate boards to 30% by 2015 and to 40% by 2020. We could for instance see how the idea of the pledge could be taken up in sport governance structures. This is not necessarily the best solution, but it is something that I think is at least worth exploring.

"Of course, sport organizations must be supported in this process. member states and the European Parliament have already expressed their positive attitude towards this priority.

"You are maybe aware of the negotiation which is presently taking place between EU member states, concerning the adoption of a future EU work plan for sport 2014-2017.

"The Commission proposed gender equality in sport as a priority for the years to come. And I am happy to see that this is something which will probably emerge from the discussions in the Council. In May 2014, the resolution which will be adopted by the Council should dedicate an important place to gender equality, in the context of good governance.

"The Commission itself has made significant efforts in this direction and will continue to do so.

"Four years ago, the Commission decided to support preparatory actions (pilot projects) to promote women leadership in sport. The projects started in January 2010 and were finalised in March 2011.

"By way of example, the WILD (Women's International Leadership Development) project by ENGSO (European Non-Governmental Sport Organisation) has offered training and counselling for women in national and international sport organizations to support their career progression towards positions of leadership and is similar to your approach here.

"The projects have been positive and have shown that training and mentoring are helpful in building up the competences of women candidates for leadership positions.

"At the same time however, the projects also confirmed that training women made them more competent but did not necessarily break the glass ceiling automatically to get the position as national coach or member of the board. More needs to be done…

"For this reason, some time ago, I also asked a group of high level experts to prepare a report on gender equality in sport to break through these gender barriers.

"The proposals were discussed at the EU conference on Gender Equality in Sport which took place on 3 and 4 December 2013 in Vilnius, Lithuania. UEFA was represented there by Clemence Ross working for the KNVB (Royal Netherlands Football Association).

"The discussions there led to a final proposal for strategic actions. I would like to recommend this report to you, as the orientations suggested - including gender friendly procedures concerning candidate identification for posts, gender balanced nomination committees, election procedures and human resource policies - constitute an invaluable input into your current debates within football and UEFA. I am confident that UEFA, with President Platini at your side, will work on the implementation of concrete actions.

"Apart from the preparatory actions and the High Level Group of Experts however, this year marks a new era for the Commission's policy in the field of sport. I am referring to the launching of the new Erasmus+ programme, our major education, training and youth programme covering the period 2014-2020, which includes for the first time a specific budget for sport.

"This new programme is good news for sport, as it is for education and youth. It will make it possible to support concretely the good ideas and initiatives of the sport movement and sport organisations. I am therefore optimistic that we can make significant steps towards attaining our goals.

"We have clear objectives and we now also have an invaluable tool in the form of the new programme.

"I am also optimistic because UEFA and other organisations have opened their minds towards women in sport. Football has become an increasingly popular sport for young girls and women. We now have access from time to time to high-level female games on TV channels. I have been impressed by the technical and tactical level reached by women in the span of only a few years. Apart from the equity dimension, we have to admit that this development could lead to a very interesting new market for the football sector.

"The launch of this 'Women in Football Leadership Programme' as part of the Women Football Development Programme is in my view another milestone in the history of European football. I congratulate UEFA for this invaluable initiative. It is an excellent start which should develop as part of a long-term strategy on gender equality in football.

"In my view this needs to be more than the development of a separated, segregated women football sector and include the engagement and expertise of the whole organisation - including the men.

"Last night and indeed tonight (29-30 April), in the semi-finals of the Champions League, we had a number of great games involving Real Madrid, Atletico Madrid, Bayern Munich and Chelsea.

"Even if the quality is already there, and constantly improving, it may be somewhat ambitious to dream of the same level of attraction and popular enthusiasm today around female games between Potsdam, Wolfsburg, Birmingham or Tyresö. But the popularity of football championships in Sweden and at the Olympic Games in London, and the attractiveness of women's football in the United States offer very promising perspectives.

"And why not dream of the day when, on top of the presidents we have already in some clubs, some major national football leagues or federations will be chaired by women!

"Ladies and gentlemen, I wish you every success with your programme and all the best in your career in the fascinating world of football!"