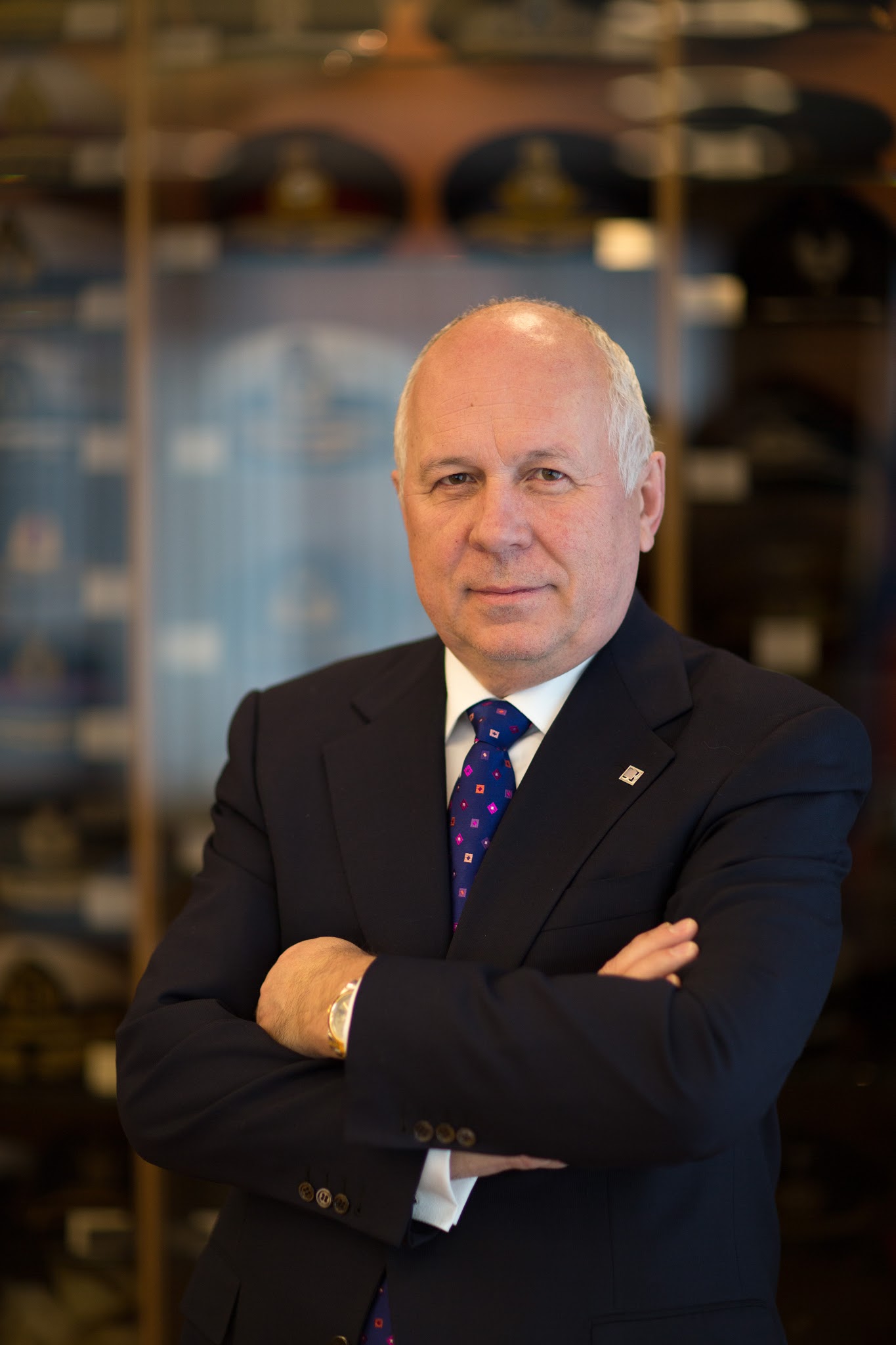 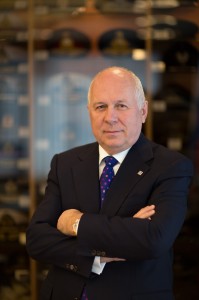 With global attention currently firmly fixed on the Crimean crisis, it is easy to overlook the rapidly-rising economic ties between Russia, Europe and Ukraine. Martin Banks reports on one Russian corporation that is 'flying the flag' in this field.

The Rostec Corporation has, in just six years, turned round the collective losses of more than 650 Russian-based companies into a highly profitable and diversified group.  It arguably made its name in the defence business but is now rapidly expanding its civilian work across a particularly diverse range - everything from dual-screen smartphones to neonatal incubators.  Planned investments next year for this Russian state-owned holding company will include ventures working on biotechnology, drugs, gadgets and medical devices.

Rostec CEO Sergey Chemezov (afbilledet) said: “Our target is to have at least 50 percent of our combined revenue coming from civilian goods by 2015, so we’re not so dependent on military orders."

Rostec already has particularly close ties with several European companies such as Airbus and Renault and  finding new markets and customers may be more important than ever for Rostec after leaders in the US and EU threatened Russia with sanctions for sending troops into Ukraine’s Crimea region.     It would also bolster President Vladimir Putin, who began his third term by ordering the government to create 25 million quality jobs through a modernization of the commodities-driven economy.

“We hope that the lack of a unified approach among governments on certain issues won’t influence relations among our countries, and that earlier agreements with our international partners will be successfully realized,” he said.

Rostec insists that the current crisis over Ukraine need not adversely affect business co-operation between Russia and Europe.

Chemezov  is determined this will not happen and, accordingly,  has recently announced that the corporation may increase its stake in KamAZ, part owned by Daimler AG, from 49.9% percent now.

His sentiments are echoed by a member of the European Parliament´s delegation for relations with the Russian Federation, who said: "It is absolutely crucial at a time of continuing economic problems in Europe that we do not allow the current issues to escalate further so that they hinder the prospects of a full economic recovery.

"We currently enjoy good relations with Russia across a whole range of sectors, including trade and economic cooperation, and it  really is vital that this continues," the MEP added. Chemezov's corporation is already exporting highly technological products to more than 70 countries worldwide including USA, France, UK, Germany and Japan and has joint ventures with Boeing, Airbus, GE, EADS, Daimler, Renault-Nissan, SAFRAN, Pirelli, Alcatel-Lucent and other European  companies.

By 2015 approximately 50% of Rostec’s combined revenue is expected to come from civilian goods and from ventures working on medical devices, high-tech gadgetry, biotechnology and pharmaceuticals.

It was saddled with hundreds of businesses in varying states of financial disarray after its creation in late 2007 but since 2009 Rostec has been engaged in the process of consolidation, modernisation and restructuring of a number of state industrial and manufacturing assets.

Rostec created 13 'clusters' from helicopter production and aviation equipment to auto industry, titanium production and medical equipment. Today, it has more than 900,000 employees and the financial results have taken a huge jump with revenue more than €23 billion; export revenue more than €5.7bn and investments in modernization and R&D of €2.6bn.     As an example, one of the Rostec’s holding companies, Russian Helicopters, is responsible for all the Russian helicopter production.

But the emphasis now and in the future is very much more on its civilian work and Chemzov points out that Rostec owns OAO Schvabe, which makes everything from optical devices to baby incubators. Rostec now plans to start accumulating stakes in state-owned biotech firms and drugmakers.

Last year, Chemezov ventured into consumer goods with the Yotaphone, which he dubbed a “100 percent Russian invention”. The smartphone, sporting an LCD on one side and electronic-ink reader on the other, won awards at shows in Las Vegas and Cannes.

Rostec, says Chemezov, has navigated "rough waters" and has secured its position as a leading provider of cutting edge high technology products - something he believes Europe can "genuinely" benefit from, irrespective of the current difficulties between the two sides.

This, he says, has "already shown results" through successful cooperation with European partners such as Pirelli, EADS, Renault and Airbus.

Rostec holds stakes in 663 companies and counting. It’s been profitable since at least 2012, allowing Chemezov to shift from rescuing Soviet-era enterprises to investing in modernization.

Chemezov, who was born in the Siberian region of Irkutsk and got his start as an engineer there, is a trusted ally of President Putin. He’s known Putin since the 1980s, when they lived in the same apartment complex in Dresden, Germany, during the future president’s stint as a KGB officer.

With the international focus still, of course, on current events in Ukraine and Crimea, Chemezov prefers to look to the future.

In January 2013 a joint venture (JV) between Rostec and Pirelli launched a second high-tech production line at Voronezh Tyre Plant. Its produce, premium quality tyres, is mainly exported to the EU member states.

From mid-2014 a joint venture between Avtovaz and Renault Nissan will own 74.5% of Avtovaz. Investments from foreign partners reach 533m euros, giving the opportunity for AVTOVAZ-Renault-Nissan to become the 4th largest world automotive producer.

There is yet another similar joint venture between Rostec and airline maker Bombardier, which based in Canada but has a significant European presence.     In 2014 Rostec will build a plant in Ulyanovsk, a port on the Volga river with special economic zone status. The maximum capacity of the plant will be 24 aircraft per year.

It is all good news for a Europe still mired in economic decline and high unemployment. Rostec is admittedly looking to boost sales in Latin America and Africa while maintaining its presence in India, China and Southeast Asia - but the focus also still remains very much on Europe.

The overall message from this go-ahead Russian enterprise appears to be that business  and economic collaboration can help overcome dips, however serious, in relations between the world´s powerhouses.

No matter what develops in the coming days and weeks, Chemezov insists: "We will continue working with enthusiasm and confidence, combining our business acumen with a technological experience." 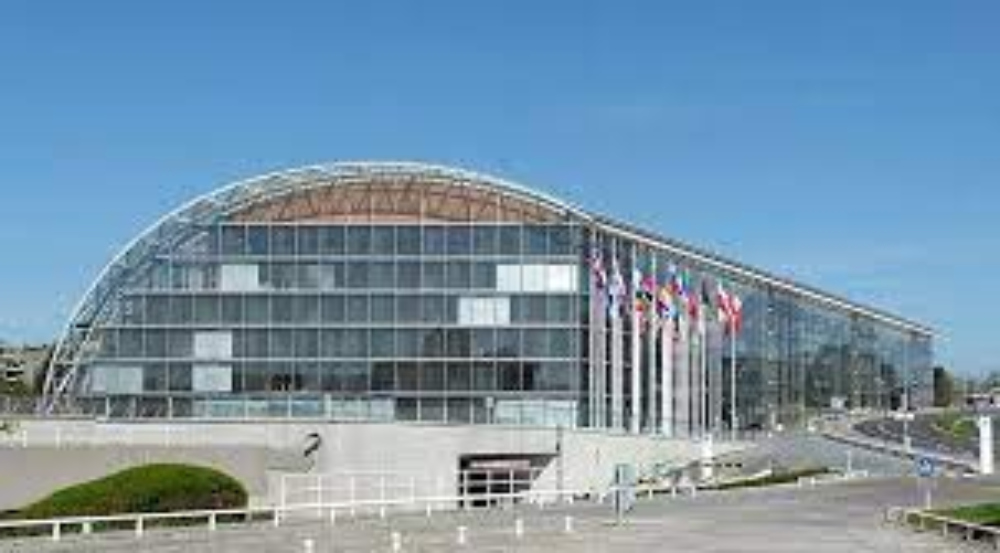